"..one morning, close to a mint market over an arch, I found a bus leaving for Agadir, main city in South. Took it. But off, about 30 km, at Sidi Kaouki. It is a small town, knew from Sixties by hippies and surfers for his ocean caves and waves. I go to the Atlantic, and just walking on the windy shore. Then, a settlement appears, far into the land. I leave sea, and it's a bit like crossing a desert, I'm sweating. There are just some squared old white houses, it's the original fishers town. Two little children look to me astonished. A woman and two kids came to take them, and we all walk away on plain road, lost under windmill blades, until we arrrive into a children school. They permit me, curious one of each other, to stay [..] It's approaching late 'noon, need to grab bus to Essaouira. Crossing again the sand, to the bus stop, but it's in late. Wandering around, I discover a kind of farm, with camels, and an old man resting in the sun. We tried to communicate. And I understand that Sahara begins from here .." 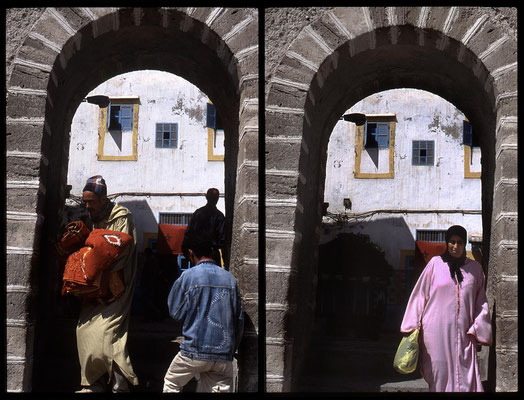 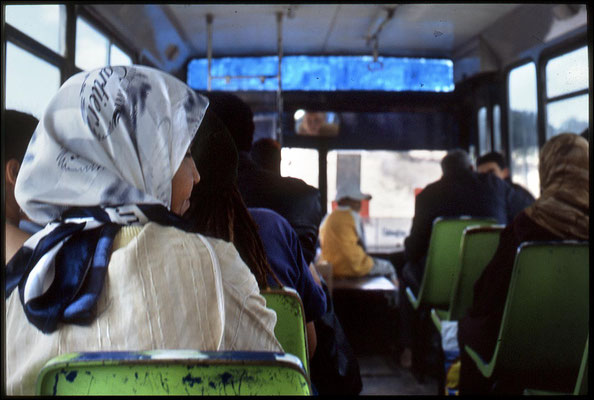 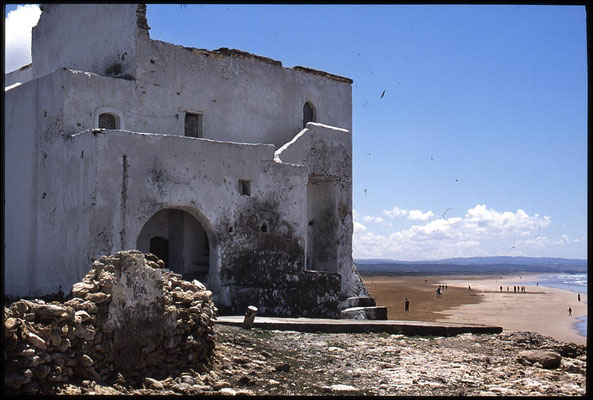 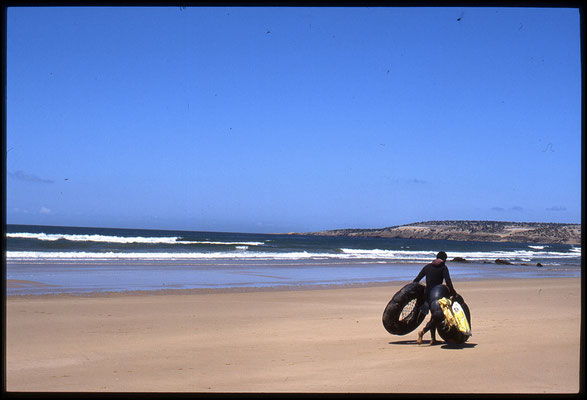 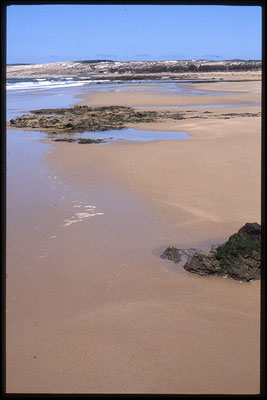 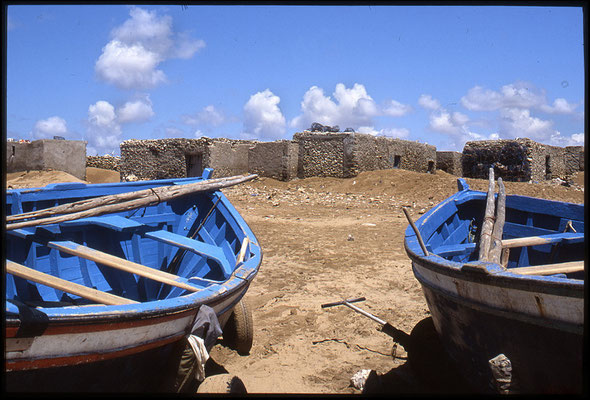 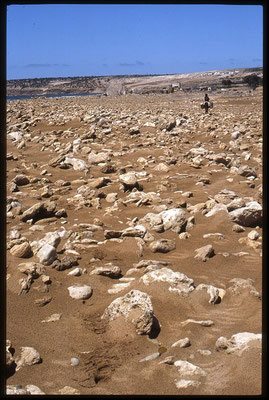 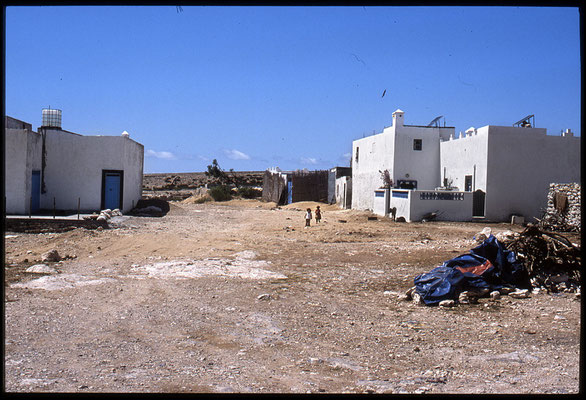 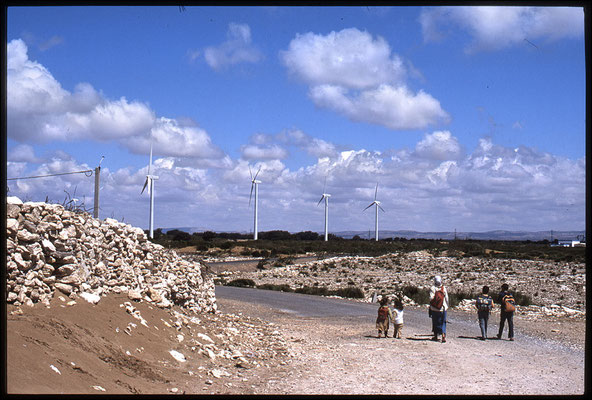 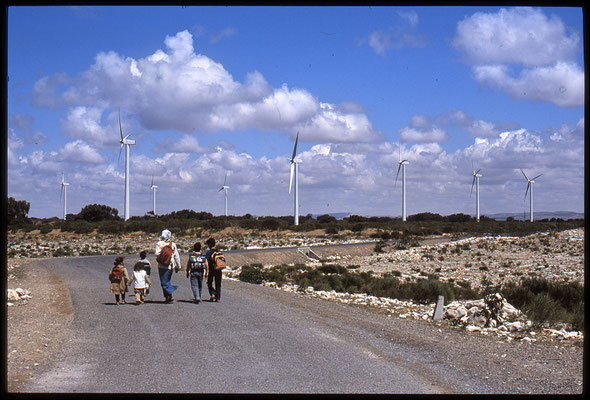 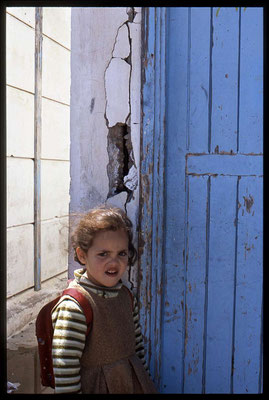 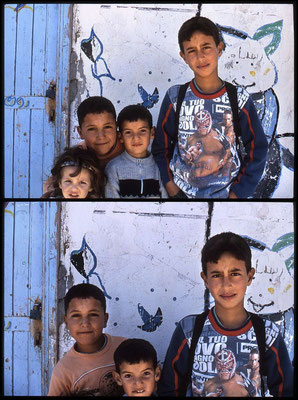 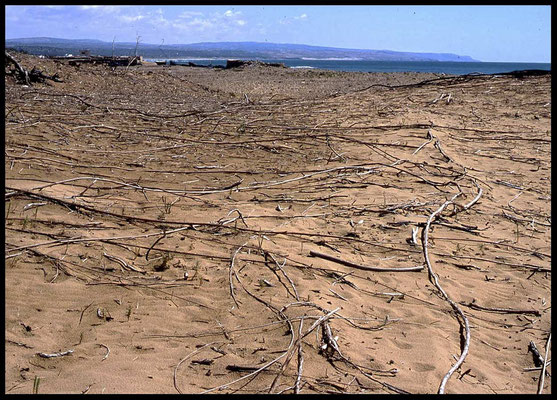 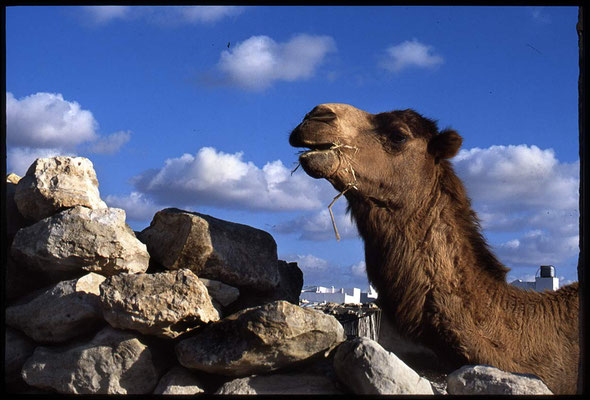 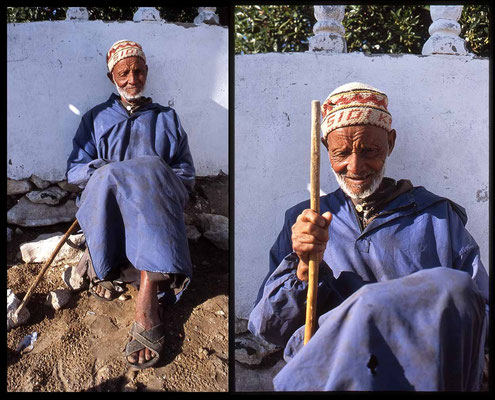 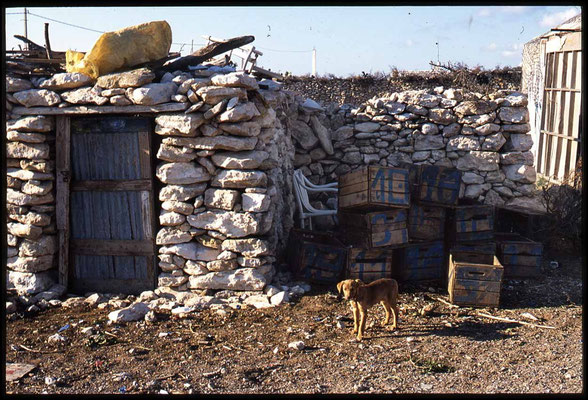 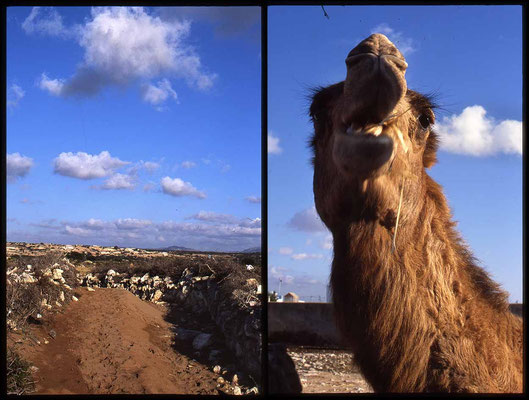 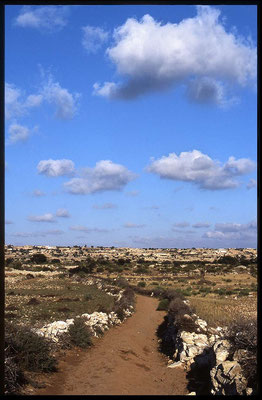 After back from Sidi Kaouki, spent one more night in Essaouira, and then straight to Casablanca, with another bus. Last thing, an Arab breakfast in the morning on the street, close to the place where international buses leaves, where just arrived first time. Resources are almost at the end, and I am also a bit exhausted. Time to back and leave Morocco. Journey on bus will be the same three days and two nights. Ultimate stop for me will be Rome.

I did not have with me so many film color slides, and they were also bit damaged during travel and later. I could adjust and clean some things then, but it is not so important in my eyes. They look in some way really came from the past.

Blessing on everyone met, with me there and on these pages (and especially, to someone who remembers 'Safi, Safi' Arabic words). And until next time I will be hopefully back in these lands, about why and what then this travel -and every others before and in future- I just remind this Arab proverb: